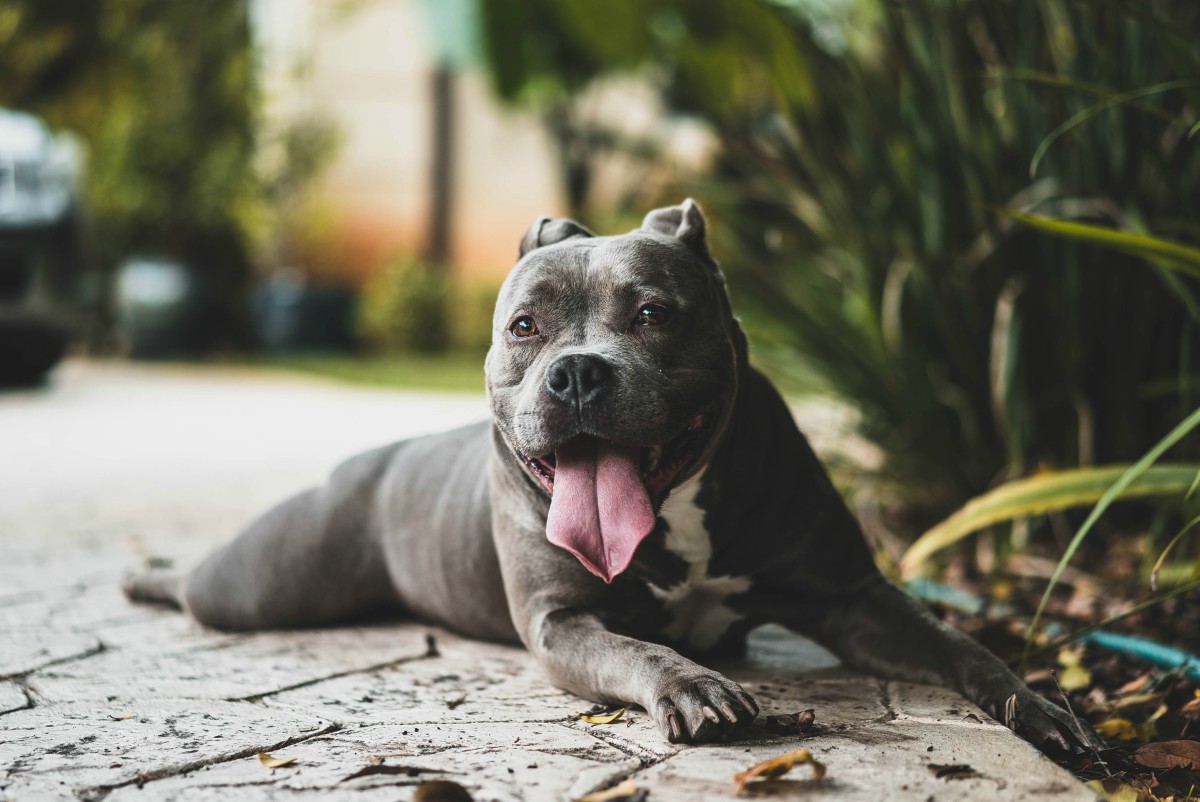 For many Floridians, a family is not complete without at least one fluffy member.

But if you’re thinking about bringing home a new furbaby, you might want to first consider how it will affect your homeowners insurance.

How does having a dog affect my insurance?

A dog bite is one of the most common liability insurance claims.

In 2015, dog bites and other related injuries accounted for more than $570 million in home insurance liability claims, causing insurance providers to become pickier than ever about which types of dogs they’ll cover and which ones they won’t.

But because having a dog does increase your liability risk, some insurance companies may charge you a slightly higher insurance premium.

The good news is that most dog breeds are considered insurance-friendly, meaning they are covered by a standard homeowners insurance policy. However, there are a handful of infamous breeds that insurers generally refuse to cover.

Will the breed of my dog impact my insurance premium?

Any dog can impact an insurance premium, especially if it is one of these infamous breeds. If you own one or more of the dog breeds below, you can add umbrella insurance to your existing insurance policy to help protect you from bodily injury liability lawsuits and property damage liability lawsuits. Check them out:

Owners of pit bull-type dogs have long deal with strong breed stigma. Many people believe pit bulls are way more aggressive than other dog breeds. This is because these dogs are more frequently identified in cases involving severe injuries or fatalities. But this may be due to the popularity of pit bulls. In fact, controlled studies have not found pit bulls to be disproportionately dangerous. In fact, the American Veterinary Medical Association has found that breed is a poor sole predictor of dog bites.

Still, the stigma exists. Some jurisdictions have passed laws that ban pit bulls and many insurance companies will not cover a pit bull bite.

Staffordshire Terriers is a medium-sized, short-coated dog that is considered to be within the pit bull-type, and therefore have a reputation of aggressiveness. Staffordshires are known to fight when challenged, especially when encountering stranger dogs. This breed is also considered many to be headstrong and stubborn, which worsens their aggression.

But many experts have found that Staffies can be great dogs if they have a great owner, who introduces proper socialization for the dog from a young age. RSPCA chief vet Mark Evans said: "Our experience suggests that problems occur when bad owners exploit the Staffie's desire to please by training them to show aggression."

Because of this, many insurance companies will not cover a liability incident that involves a Staffie.

Doberman Pinschers, or Dobermanns, are known to be intelligent, alert and loyal companions. This is also why they tend to make excellent guard dogs. But their personalities can vary greatly from individual dog to dog. If in the hands of a bad trainer, Dobermanns can be headstrong and stubborn. The dog was bred as a personal protection dog, which is why they can be stereotyped as being ferocious and aggressive.

However, this aggression has been toned down by modern breeders over the years, and today's Dobermanns are known to have a much more even and good-natured temperament, as well as extreme loyalty, high intelligence, and great trainability. Still, owning a Dobermann requires a lot of commitment and care, which is why many insurance companies decide to not take the risk and refuse coverage for these breeds.

Rottweilers are medium-to-large sized dogs which were bred for herding and guarding. But they are also social dogs, which if neglected can turn aggressive. The exceptional strength of the Rottweiler makes them potentially dangerous. Rottweilers love their owners and may behave in a clownish manner toward family and friends, but they are also protective of their territory and do not welcome strangers until properly introduced. Therefore, obedience training and socialization are highly recommended.

With the right family, Rottweilers can be very devoted and obedient companions. But this means nothing to those insurance companies which refuse to provide coverage.

German Shepherd is a medium-to-large-sized working dog that originated in Germany. They were bred originally for herding sheep. Since that time, however, because of their strength, intelligence, trainability, and obedience, German Shepherds around the world are often the preferred breed for many types of work, including disability assistance, search-and-rescue, police and military roles, and even acting. However, they are also known for being very overly-protective of their family members. They can become aggressive when protecting their territory, especially if they have not been socialized properly.

An Australian report found that German Shepherds are the breed third most likely to attack a person. However, once their popularity is considered, they drop to 38th. Still, many of these statistics impact the decisions at insurance companies.

The Chow Chow is a dog breed that originated in northern China. They are one of the native dogs used as the model for the Foo dog, the traditional stone guardians found in front of Buddhist temples and palaces. But they are also famous for being fiercely protective and being resistant to training. This is why it is crucial for owners to start continuous socialization from a young age. When Chows reach adolescence, they tend to reject authority from any other owner who failed to earn its admiration.

Still, Chows are known to be easy-going in nature. Some owners have attributed a cat-like personality to the Chow Chow. However, owning a Chow Chow can raise the cost of your homeowners insurance because some companies consider them high-risk dogs.

The Great Dane is a German breed known for its giant size. Their large and large and imposing appearance goes in contrast with their friendly nature. They are known for loving affection from their owners, and are often referred to as a "gentle giants". However, if not properly socialized, a Great Dane may become fearful or aggressive toward strangers.

This is why insurance providers have placed Great Danes on their lists of aggressive dogs. Still, most Great Danes are considered gentle and loving dogs and can be great around children. They are also known as the world biggest lapdog, as they love sitting on and leaning against their family members.

The Perro de Presa Canario is a rare Molosser-type dog that was originally bred for working livestock. However, later they were used for dog fighting rings. Because of this, Presas require early socialization and obedience training to avoid aggressiveness toward other dogs.

Although it is rare to see these dogs in the U.S., many insurance companies still refuse to cover this breed because of its history.

Akitas are large dogs that originated in the mountains of northern Japan. They are large and powerful and therefore not recommended for first-time dog owners. Akitas are typically territorial and are known to be intolerant of other dogs of the same sex. However, a well-trained Akita is more accepting of strangers.

Still, the breed has been targeted by some countries' breed-specific legislation as a dangerous dog. Because of this, many insurance companies do not cover Akitas.

Alaskan Malamutes are large dogs related with other arctic breeds, such as the Siberian Husky and Eskimo Dog. They were originally bred for their strength and endurance to haul heavy freight, and later as a sled dog. Malamutes, like other Northern and sled dog breeds, can have a high prey drive, due to their origins and breeding. This may mean in some cases they will chase smaller animals, including other canines, as well as rabbits, squirrels, and cats. It is necessary to be mindful of them around smaller animals and children.

Still, Malamutes are very fond of people, a trait that makes them particularly sought-after family dogs. But their hunting instincts mean insurance companies are wary of them.

A wolf-hybrid is a dog that was produced by the mating of a domestic dog and wolf. Also known as wolfdogs, a wolf-hybrid is considered to be highly unpredictable in terms of its temperament. Because of the mixture of genetic traits, the adult behavior of wolf-hybrid pups also cannot be predicted, even in third-generation pups. Whether a wolf-hybrid should be considered more dangerous than a dog depends on the behavior specific to the individual alone.

Because of this uncertainty, many insurance companies refuse to provide coverage for wolf-hybrids.

This list, of course, will vary from carrier to carrier, and some may even agree to provide coverage for a slightly higher premium rate.

Another option for dog parents would be to take out an umbrella insurance, which is a form of liability insurance that adds to your existing policy. It only comes into play once your basic liability limits have been exhausted or if the claim is excluded from the basic liability coverage.

Which dog breeds are considered insurance-friendly?

Most dog breeds are considered insurance-friendly. But there are ways you can lower your risk. These include steps you can take to reduce the risk of a dog incident, which could put you and your home insurance provider at ease.

Not sure if your dog is covered? Visit HoneyQuote.com to get expert advice from an independent agent.