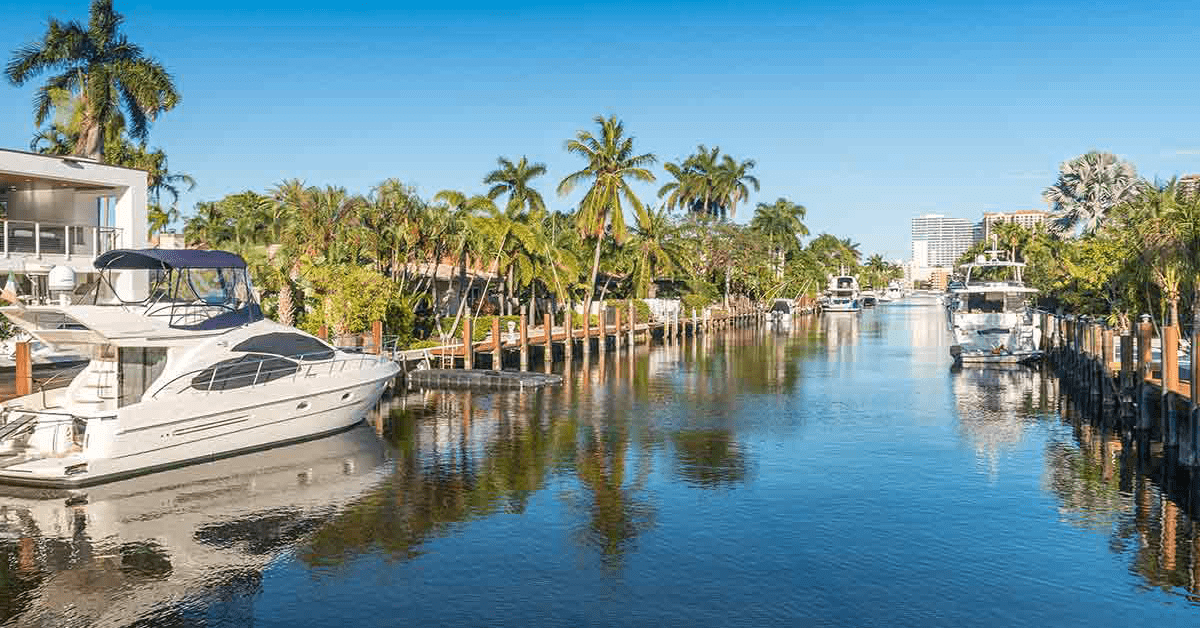 Dubbed the Venice of America and the Yachting Capital of the world, Fort Lauderdale is an amazing and vibrant place to call home. If you’re one of the lucky inhabitants, we’re just going to admit it. We’re jealous. The city has everything you need from nightlight in Las Olas to arts and culture in FATVillage.

But it has something else: fairly high homeowners insurance rates. According to Value Penguin, the average home insurance rate in Broward County is $4,319 annually.

For a home built after 2001 with a $300,000 current replacement value, the cheapest rate would $2,707 while the most expensive rate would come out to $5,704, according to the Florida Office of Insurance Regulation.

Rates, of course, vary across homes and depend on several factors, meaning you might find yourself paying more or less than this county average. For a more custom-made rate, you can receive quotes from several home insurers here.

So, where does the risk in Fort Lauderdale come from? We’ve broken it down.

The most obvious threats to homeowners living on the east side of Fort Lauderdale are flooding and hurricanes. The city is adjacent to the Atlantic Ocean and includes 7 miles of beaches. Because of their proximity to water, beachside residents can expect to pay a higher premium for home insurance.

One of the most devastating aftermaths of a hurricane is flooding. However, since flooding is not covered by most homeowners insurance policies, many eastern Fort Lauderdale residents are required to obtain additional insurance for flood.

These areas border eastern municipalities from Pompano Beach and Lauderdale-by-the-sea down to Hollywood. To help residents save money on their flood insurance premiums, the City of Fort Lauderdale participates in the National Flood Insurance Program’s Community Rating System (CRS).

While for western residents the threat of a hurricane is not as big, the risks for flooding still exist thanks to a proximity to the Everglades swamps.

Back in February 2011, the Federal Emergency Management Agency (FEMA) issued a new flood zone map, which showed that homeowners in western cities like Weston and Pembroke Pines no longer had to carry flood insurance.

Most of west Fort Lauderdale, however, remains in the flood zone. Still, home insurance premiums are generally lower than for those who live on the east side.

These areas border western municipalities such as Plantation and Lauderhill.

So while the majority Fort Lauderdale is at a risk of flooding, the homeowners insurance premiums are less expensive than other cities such as Miami. Of course, other factors go into an insurance rate, including the value of your home.

Visit HoneyQuote.com for a more accurate rate and the chance to compare prices from insurers around Florida.