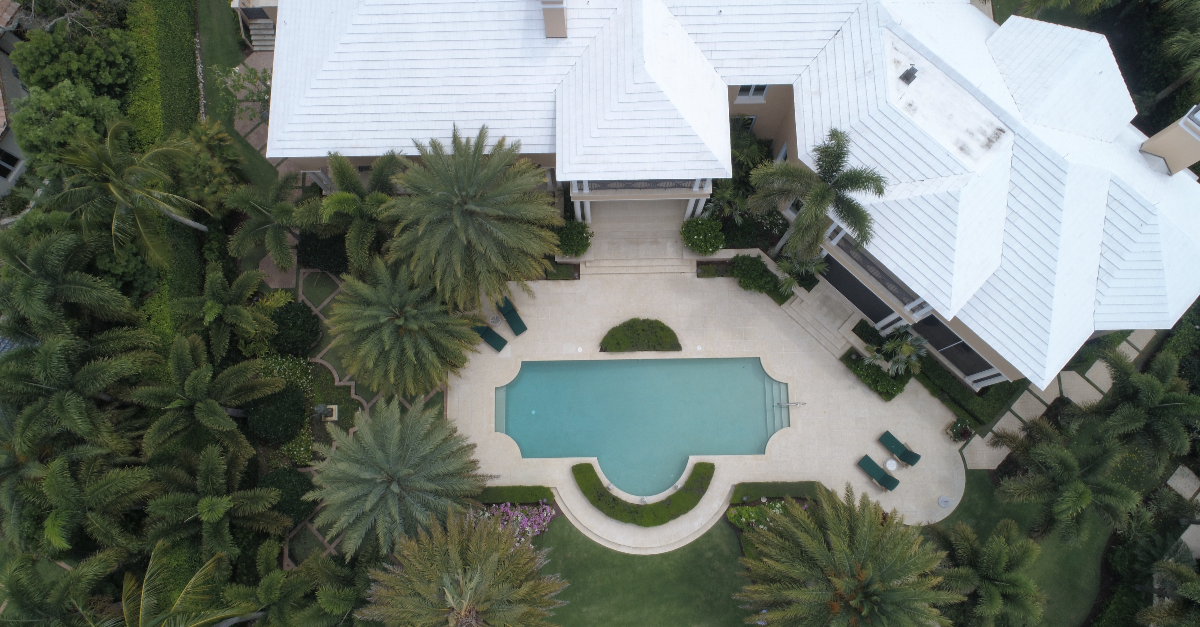 It is no secret that the State of Florida holds the title for having the most expensive homeowners insurance rates in the U.S. But just because you live here, doesn’t mean you have to pay the same hefty price.

Homeowners insurance rates vary greatly throughout Florida depending on the area that you live in. For example, the average cost of homeowners insurance in Miami Dade County is $5,404, while residents in Orange County pay an average of $2,469.

The reasons for this include differences in flood and hurricane risk as well as property values. It also depends on the carrier, as Florida homeowners insurance companies will charge different premiums for homes of the same value and location.

Here are the top 10 Florida counties with the most and least expensive homeowners insurance. These rates are for Florida masonry homes built in 2005, with a current replacement value of $300,000 and a $500 non-hurricane deductible, according to the Florida Office of Insurance Regulation.

Of course, the price of a policy depends on a number of factors. Depending on your specific situation, you may find a quote that is above or lower than this county price. You can find out for sure by using this tool here that creates accurate quotes.

As for the most well-known Florida cities, the risks vary as well, which has an impact on the average homeowners insurance rates.

Miami-Dade holds one of the highest risks in the state to experience impacts of a hurricane. To add insult to injury, statistically every six to eight years, a hurricane will pass within 50 miles of Miami. And since the majority of residences in the county are located within 20 miles of the ocean – and sit only 42 feet above sea level –homes in this are highly vulnerable to hurricanes.

The biggest threat for residents here are the major storms that develop in the Caribbean or the Gulf of Mexico every year during hurricane season. Because of this, evacuations are routinely ordered.

Nearly every neighborhood in the Florida Keys is susceptible to flooding as well as hurricane winds. No area of the islands is more than 20 feet above sea level. Many islands are only elevated by a few feet. In response, many homes in the Keys are built on concrete stilts, with the first floor being not legally habitable.

While the average rate for homeowners insurance in Orlando is less than other major Florida cities, residents here are still paying more than the national average. The mean annual insurance rate in Orange County is $2,469 – 14 percent less than the state average.

All of Orlando has considerable hurricane risk, although not as high as in South Florida or other coastal regions like Tampa. The city is located 42 miles inland from the Atlantic Ocean and 77 miles from the Gulf of Mexico. Because of this, hurricanes usually weaken before arriving in Orlando.

Get more on Orlando here.

Before the 1960s, the region to the west of the county was mostly vast areas of wetland. Due to its natural makeup, it might come as no surprise that many homes on the west side of Palm Beach are in a high-risk flood zone.

As a coastal community, albeit protected by the bay, Tampa is vulnerable to storm systems that move through the Gulf of Mexico.  This area is also considered low-lying, situated approximately 48 feet above sea level. This height challenge makes the area highly susceptible to storm surges and wind damage.

Tampa also ranks third place in the top 10 sinkhole-prone areas of Florida, notoriously referred to as Sinkhole Alley. Catastrophic to the home and personal property, damage from sinkholes can be extremely costly to repair without insurance.

The most obvious threats to homeowners living on the east side of Fort Lauderdale are flooding and hurricanes. The city is adjacent to the Atlantic Ocean and includes 7 miles of beaches. Because of their proximity to water, beachside residents can expect to pay a higher premium for home insurance.

One of the most devastating aftermaths of a hurricane is flooding. However, since flooding is not covered by most homeowners insurance policies, many eastern Fort Lauderdale residents are required to obtain additional insurance for flood.

Interested in a quote for your home? Visit HoneyQuote.com to compare rates from the best Florida carriers.