Hurricane Michael is now a stronger storm and could potentially strengthen further before it hits Florida today, according to the National Hurricane Center. 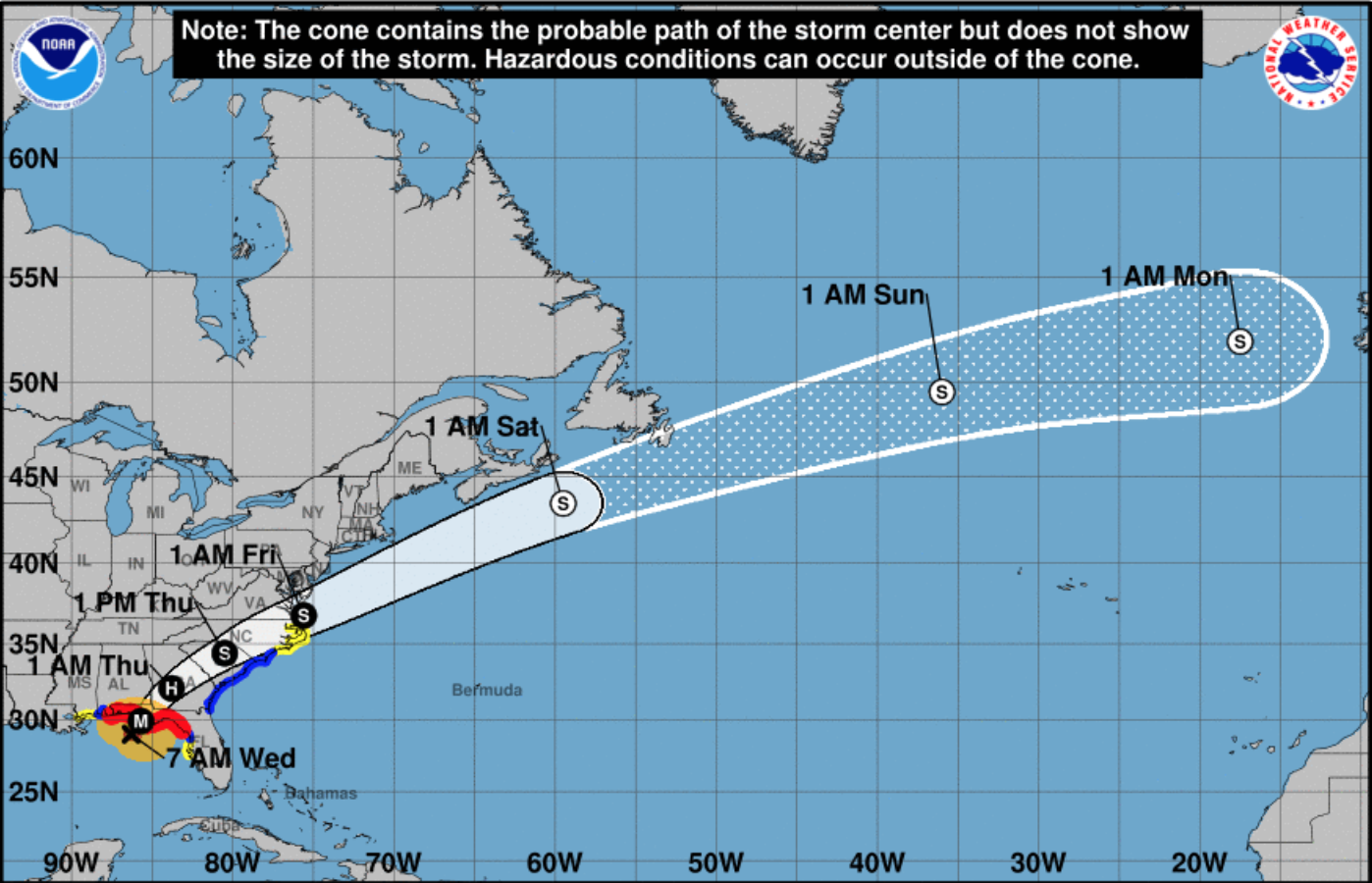 Hurricane Michael is now a stronger storm and could potentially strengthen further before it hits Florida today, according to the National Hurricane Center.

In its public advisory this morning, the NHC said that Hurricane Michael has reached Category 4 status as it heads toward the Florida Panhandle. Life-threatening storm surge, hurricane-force winds and heavy rainfall are expected along the northeastern Gulf Coast.

Hurricane Michael is expected to move ashore over the Florida Panhandle later today. It will then move northeastward across the southeastern U.S. tonight and Thursday, before moving away from land off the mid-Atlantic coast on Friday.

"Reports from an Air Force Reserve Hurricane Hunter aircraft indicate that maximum sustained winds have increased to near 140 mph (220 km/h) with higher gusts. Michael is an extremely dangerous category 4 hurricane on the Saffir-Simpson Hurricane Wind Scale,” the NHC said.

“Some additional strengthening is possible before landfall. After landfall, Michael should weaken as it crosses the southeastern United States.”

For Panhandle residents, some evacuation orders have been announced.

There are four evacuation zones – A, B, C and D – that represent areas where storm surge may go. Zone A is typically the first zone considered for evacuation.

According to Bay County Officials, residents located in Evacuation Zones A, B, and C are under a mandatory evacuation as of 6 a.m. Tuesday, following an emergency meeting of the Bay County Board of County Commissioners.

The evacuation zones are based on scientific, topographic, engineering, and model data that has identified estimated areas where the storm surge may go, according to the Bay County website.

A shelter opened Tuesday at Deane Bozeman School, located at 3410 State 77, Panama City, Florida 32409, including a special needs shelter for those who are registered.