Insured losses as a result of Hurricane Michael have stretched to more than $2.2 billion, with one Florida county making up the majority of these insurance claims. 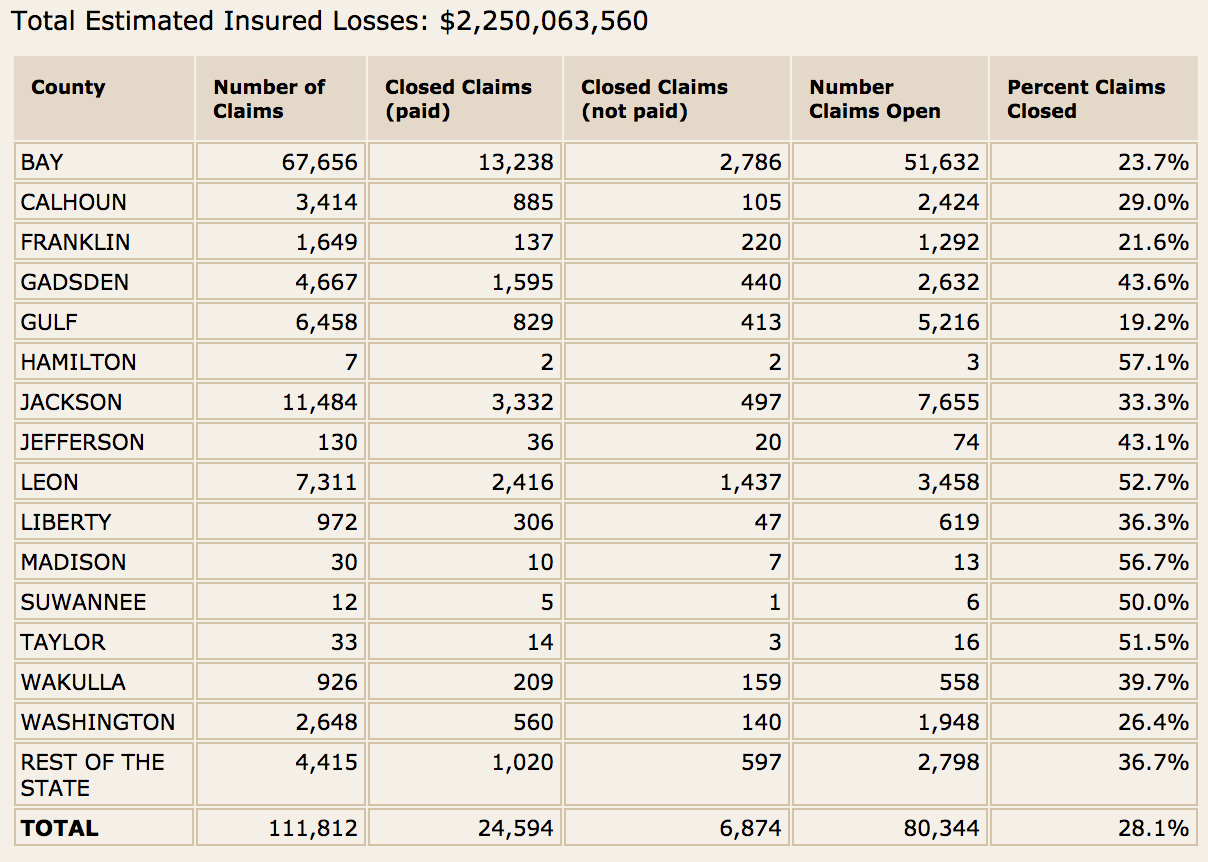 Insured losses as a result of Hurricane Michael have stretched to more than $2.2 billion, with one Florida county making up the majority of these insurance claims.

According to data from the Florida Office of Insurance Regulation, total estimated insured losses from Hurricane Michael are now at $2,250,063,560. This is stemming from more than 100,000 claims across 16 Florida counties.

The Florida county with the highest amount of losses is Bay County, with 67,656 claims. This is followed by Jackson County with 11,484 claims and Leon County with 7,311 claims.

The total amount of claims is expected to rise as insurance companies deliver more reports. Companies were required to begin submitting data on October 12 and additional data calls are scheduled to occur daily from October 15 to November 2, the Florida Office of Insurance Regulation says.

On Oct. 10, Hurricane Michael made landfall near Mexico Beach, Florida as a Category 4 hurricane. It was the third-most intense Atlantic hurricane to make landfall in the U.S. in terms of pressure, and the fourth-strongest landfalling hurricane in the contiguous U.S., in terms of wind speed.

Insurance losses due to Michael in the U.S. are estimated to be at least $8 billion.

An emergency insurance village was set up in Panama City last month to help those recovering from Hurricane Michael with filing insurance claims.

In a statement, Chief Financial Officer and State Fire Marshall Jimmy Patronis said: “This Panhandle community has lost everything. Many of our towns are wiped off the map. With thousands still without electricity and communications systems mostly non-existent, people can come to this insurance village to get the answers they need to begin the rebuilding process.”