A disturbance in the Atlantic is heading westward with a 90 percent chance of forming into a tropical cyclone in the next two days, according to the National Hurricane Center. 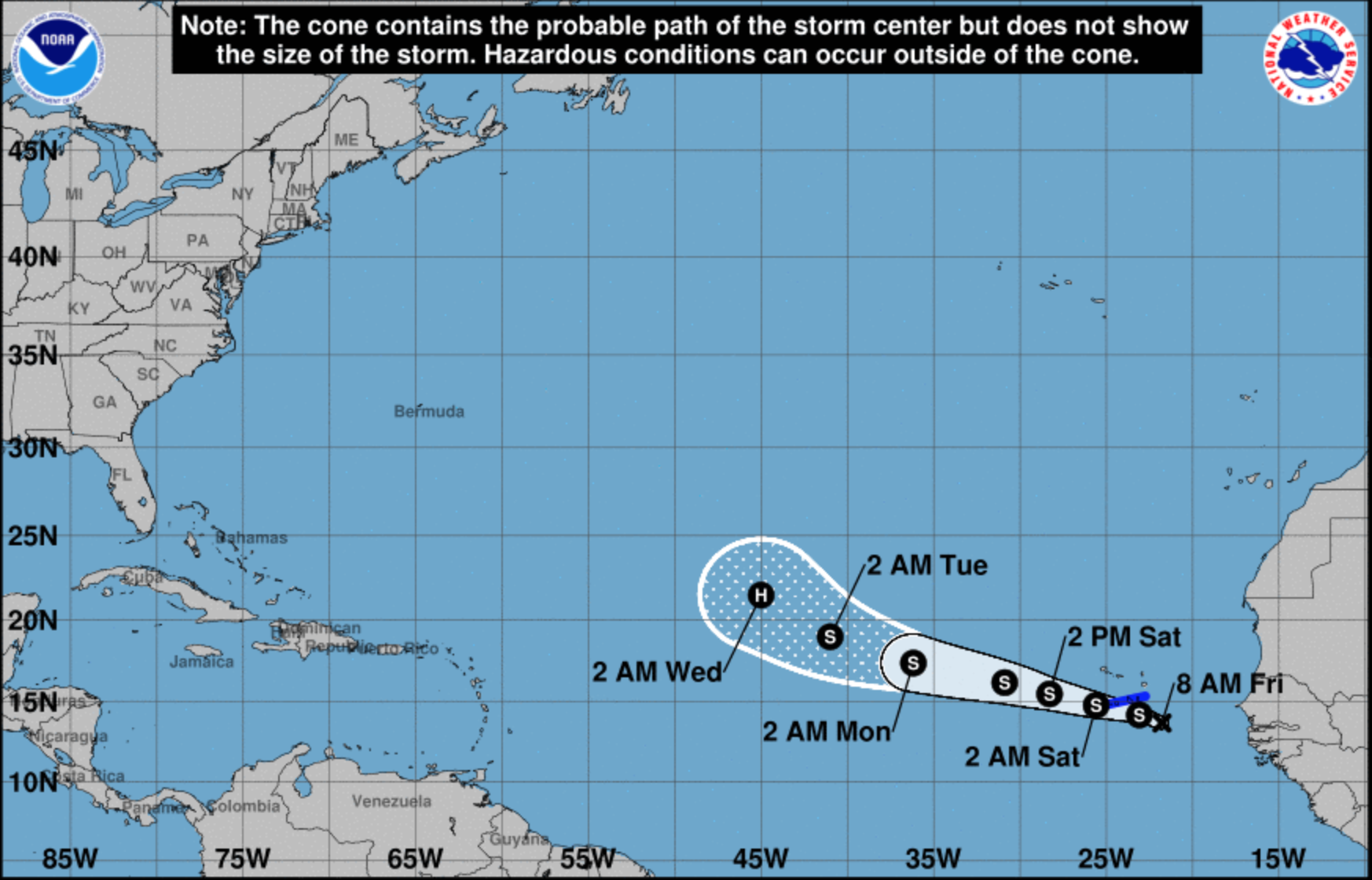 A disturbance in the Atlantic is heading westward with a 90 percent chance of forming into a tropical cyclone in the next two days, according to the National Hurricane Center.

In an advisory this morning, the NHC said a tropical storm warning is in effect for Cabo Verde Islands of Santiago, Fogo, and Brava. As of this morning, the disturbance was moving west-northeast at a slightly faster speed.

It’s expected to move near or over southern Cabo Verde Islands as a tropical storm later today and tonight, the advisory states. Maximum sustained winds are near 35 miles per hour with higher gusts. The disturbance is expected to continue strengthening.

“The system could produce total rain accumulations of 4 to 8 inches across the southern Cabo Verde islands. These rains could produce life-threatening flash floods.”

This is a developing story. Check back for updates.