State of Emergency declared as Florida braces for potential hurricane

Gov. Rick Scott has declared a state of emergency in 26 North Florida counties as soon-to-be Hurricane Michael is expected to make landfall this week. 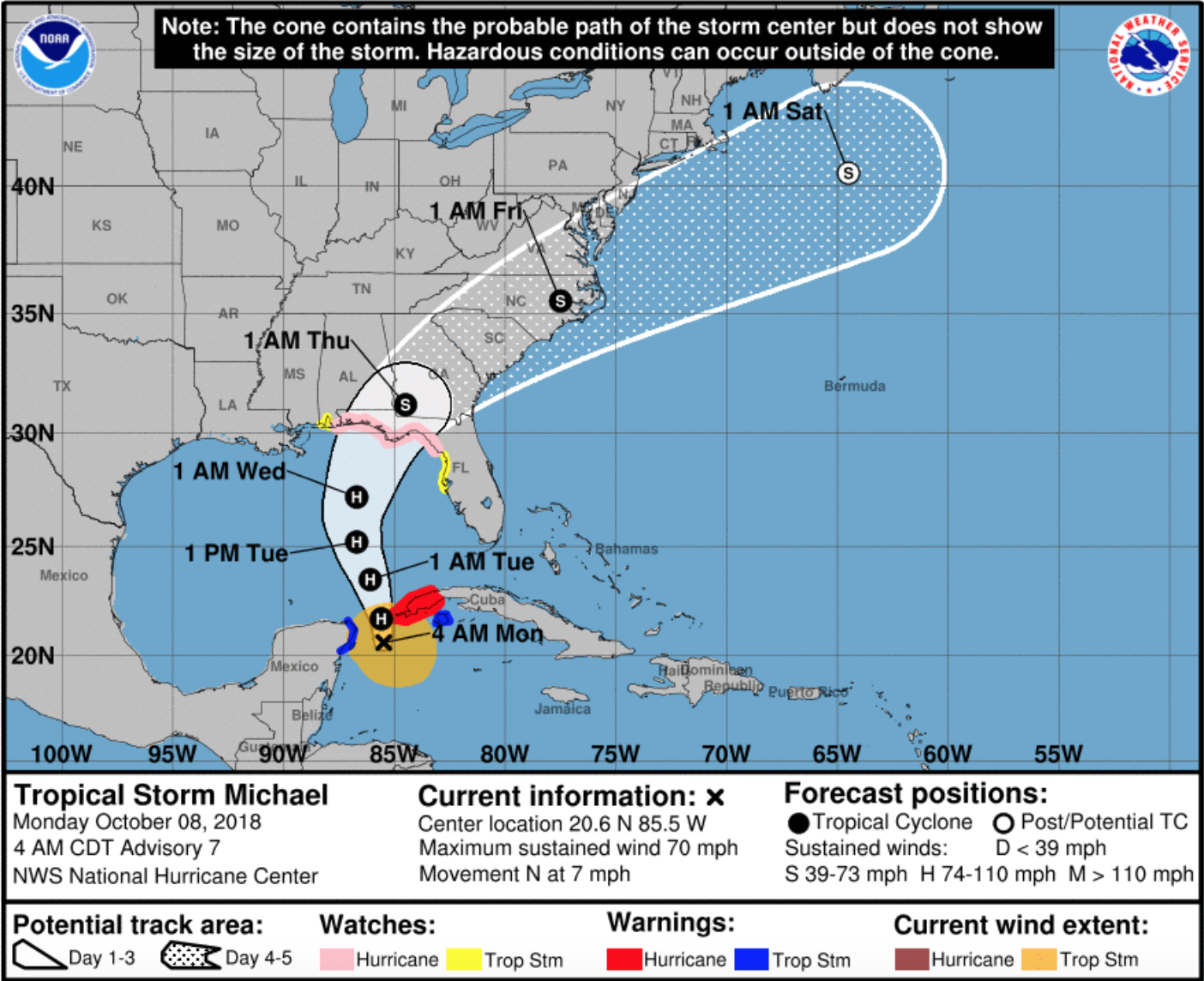 Gov. Rick Scott has declared a state of emergency in 26 North Florida counties as soon-to-be Hurricane Michael is expected to make landfall this week.

A state of emergency is intended to ensure that state and local government has ample time, resources and flexibility to get prepared for this storm.

According to the National Hurricane Center, Tropical Storm Michael is expected to become a hurricane later today. The system is moving northeastward toward the Gulf of Mexico, and is expected to move inland over the Florida Panhandle or Florida Big Bend area on Wednesday.

Michael is forecast to be near or at major hurricane strength when it reaches the northeastern Gulf of Mexico Wednesday, the NHC said.

Michael may produce rainfall in the Panhandle and Big Bend of up to 8 inches, with isolated maximum amounts of 12 inches.

“This rainfall may lead to life-threatening flash floods,” the NHC said.