A disturbance in the Atlantic has officially formed into Tropical Storm Florence, while a second system is expected to touch southern Florida, according to the National Hurricane Center. 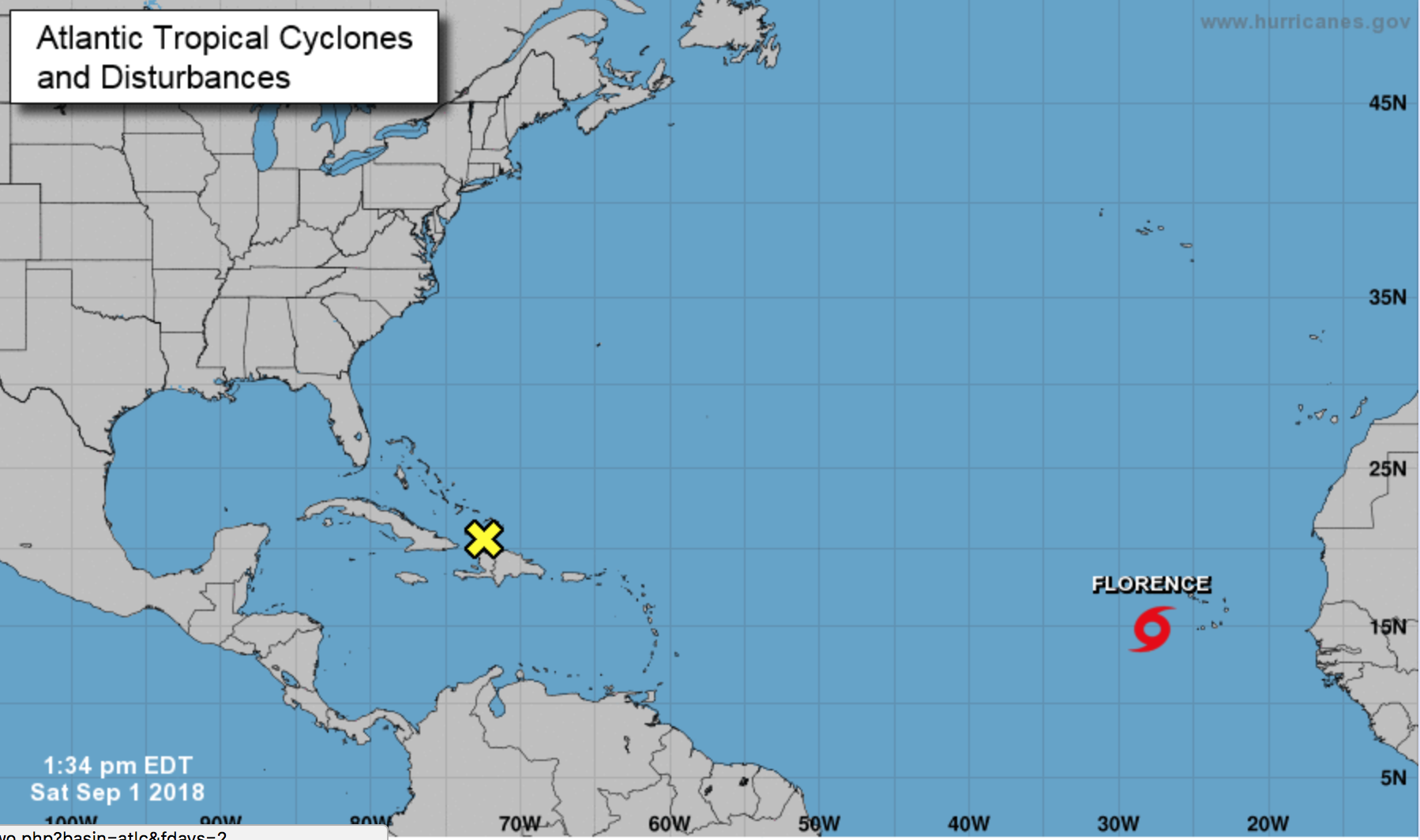 A disturbance in the Atlantic has officially formed into Tropical Storm Florence, while a second system is expected to touch southern Florida, according to the National Hurricane Center.

In an advisory this morning, the NHC said Tropical Storm Florence is expected to continue moving west-northeast through Thursday. Its maximum sustained winds have increased to near 45 miles per hour with higher gusts and its tropical-storm-force winds extend outward up to 35 miles from the center.

Some strengthening is expected over the next 48 hours, the NHC said.

The storm, however, is not expected to make landfall. According to the forecast track, Florence will continue to move toward the open eastern Atlantic.

Meanwhile, a second disturbance closer to Florida has a 40 percent chance of forming within the next five days.

“Cloudiness and showers over the Turks and Caicos Islands and the southeastern Bahamas have increased a little bit today,” the NHC said. “This activity is associated with a tropical wave interacting with an upper-level trough.”

The system is expected to spread westward across the remainder of the Bahamas this week, and move across southern Florida and into the eastern Gulf of Mexico by early next week. Surface pressures are not falling at this time, and development is not anticipated during the next day or two, the advisory states.

“Environmental conditions, however, are forecast to become a little more favorable for a surface low-pressure area to form when the disturbance moves across the Gulf of Mexico during the early to middle part of next week.”