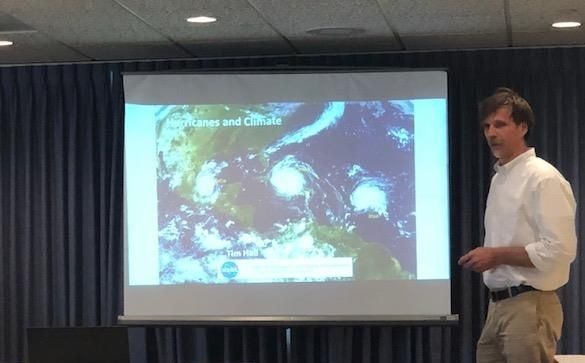 According to the FAIR Foundation, which conducted the survey just days after Subtropical Storm Alberto emerged last month, only half of respondents have reviewed their home insurance policies. Three-quarters of residents say they are concerned about potential hurricanes this year.

Only 5 percent of the 1,000 surveyed said they are not concerned at all.

"Hurricanes Irma and Maria last year should have been enough to convince every Floridian of the vital importance of preparing for the worst – but it doesn’t seem that’s really happened,” said Guy McClurkan, executive director for the FAIR Foundation.

“The 2018 hurricane season is already off to a fast start, so it’s crucial that everyone review their family’s safety and evacuation plans, check their insurance coverage and consider purchasing separate flood insurance, since floods aren’t covered by a typical homeowners policy.”

The survey also found that residents are more focused on their safety and comfort at home following a significant storm event, further emphasizing the need for home hardening and other preparations.

The FAIR Foundation urges Floridians to prepare well in advance for the unknown.

“You simply can’t wait until the last minute as the storm approaches – not to prepare your home, and not to secure flood insurance to cover losses your regular homeowners policy won’t,” McClurkan said. “Even though hurricane season has already begun, it’s not too late to get ready and get yourself, your family, and your home protected.”