A special outlook has been issued for Cuba and Florida as a potential tropical development in the Caribbean travels closer to the Gulf of Mexico, according to the National Hurricane Center. 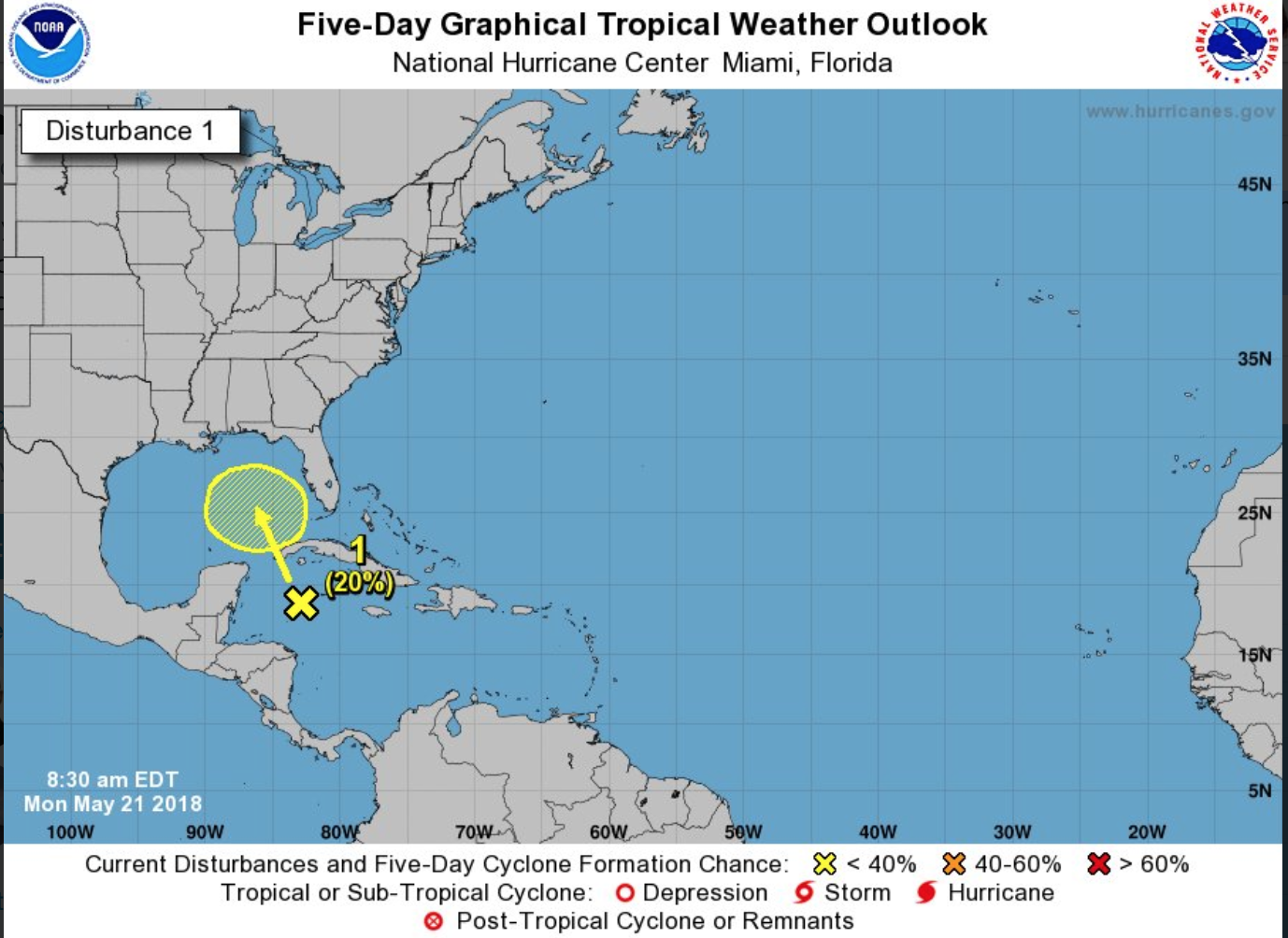 A special outlook has been issued for Cuba and Florida as a potential tropical development in the Caribbean travels closer to the Gulf of Mexico, according to the National Hurricane Center.

In its Special Tropical Weather Outlook issued this morning, the NHC said it is watching an interaction between a “large upper-level low” and a weak surface trough. Widespread cloudiness and showers extending from the northwestern Caribbean Sea across Cuba and Florida are associated with this system.

While conditions are expected to be unfavorable for development during the next couple of days, some gradual development is possible later this week as the system moves into the central or eastern Gulf of Mexico.

Regardless of the outcome, locally heavy rainfaill is possible across western Cuba and Florida over the next several days, the NHC said.

Check back at 8 p.m. for an update regarding the system.