A new tropical depression has gained enough intensity to become Tropical Storm Dorian, and is now forecast to reach near hurricane strength over the next two days as it approaches the central Lesser Antilles. 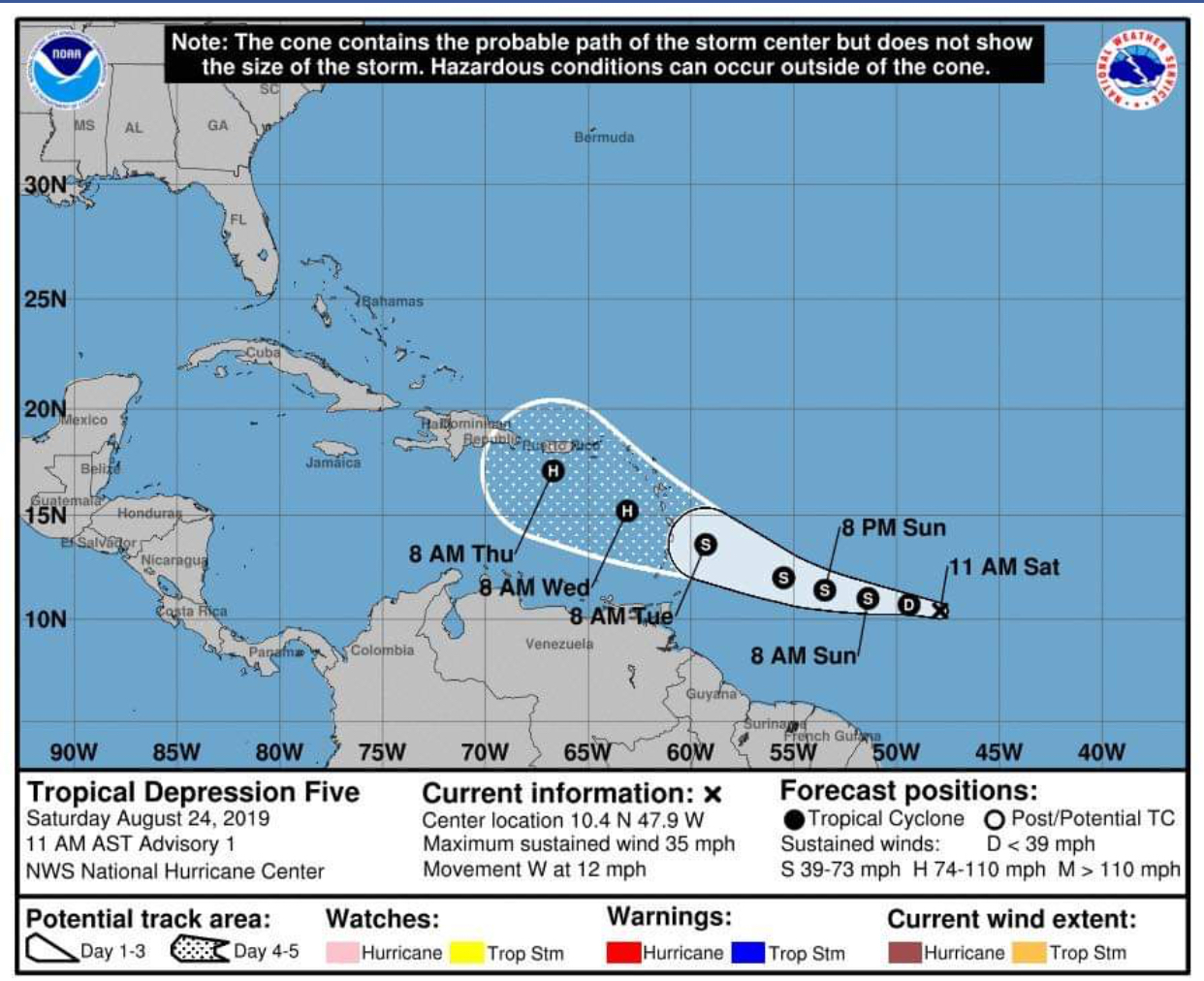 A new tropical depression has gained enough intensity to become Tropical Storm Dorian, and is now forecast to reach near hurricane strength over the next two days as it approaches the central Lesser Antilles.

According to the National Hurricane Center, a tropical storm watch has been issued for Barbados. Additional watches will be likely issued later today for portions of the Windward and Leeward Islands. As to whether the storm is expected to reach Florida, it is still too early to tell.

As Dorian strengthens, it is expected to produce total rain accumulations of 2 to 4 inches in portions of the Lesser Antilles, with possible isolated maximum amounts of 6 inches. Swells generated by Dorian will be affecting portions of the Lesser Antilles by late Monday. These swells could cause life- threatening surf and rip current conditions, the National Hurricane Center says.

"Maximum sustained winds remain near 40 mph (65 km/h) with higher gusts. Some strengthening is forecast during the next 48 hours, and Dorian could be near hurricane strength over the eastern Caribbean Sea. Tropical-storm-force winds extend outward up to 25 miles (35 km) from the center. The estimated minimum central pressure is 1008 mb (29.77 inches).”