FedNat Insurance Company has become the latest carrier in the state to team up with HoneyQuote.com – a new rating engine that is changing the way Florida homeowners and renters shop for property and casualty insurance. 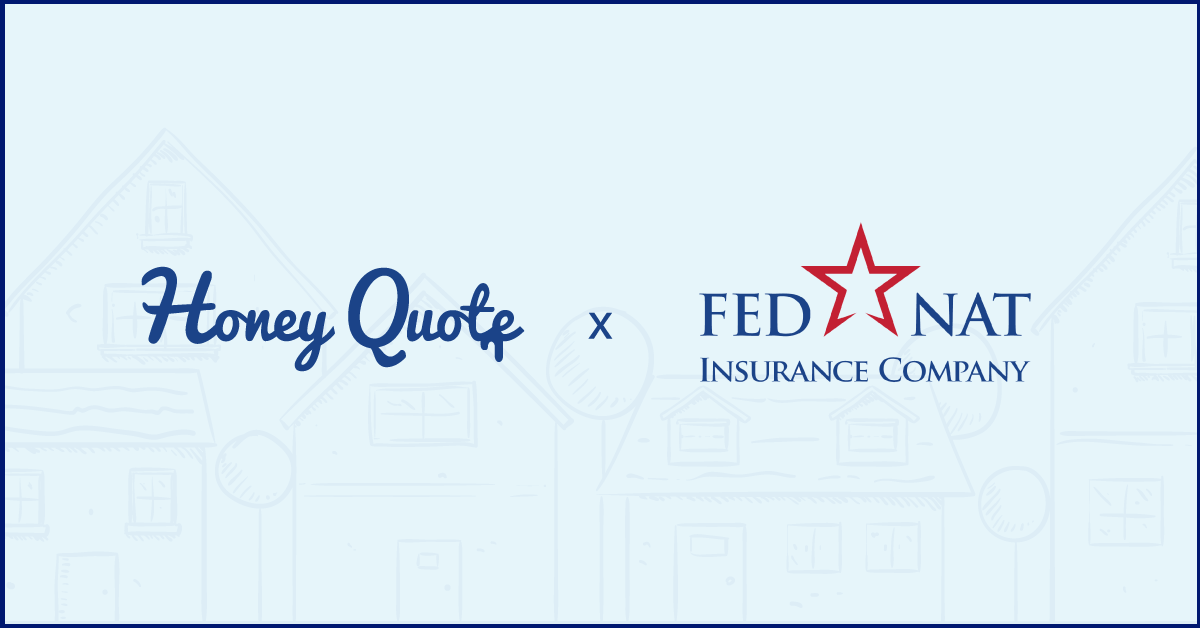 FedNat Insurance Company has become the latest carrier in the state to team up with HoneyQuote.com – a new rating engine that is changing the way Florida homeowners and renters shop for property and casualty insurance.

HoneyQuote lets users compare multiple insurance quotes online from the top Florida carriers. Customers can then choose to purchase a newer and better policy by using the tool or connecting with one of its licensed agents.

As part of the new partnership, FedNat’s products will now be offered through the HoneyQuote platform. Other insurers on the site include Florida Peninsula Insurance Company, Edison Insurance Company, American Strategic Insurance and United Property and Casualty Insurance, and more.

“We’re beyond thrilled that FedNat has joined our platform and is on board to create a better shopping experience for all Floridians,” said HoneyQuote co-founder Franklyn Taveras. “FedNat is among the top five insurance companies in the state. We wouldn’t want to offer our customers anything less than the best.”

HoneyQuote officially launched in Florida last month, and is still currently in beta mode. The full platform will roll out later this month and feature real-time rates, which means users can begin comparing quotes as soon as they enter an address.

Taveras said the reason for the beta launch is to test out the product and make adjustments to the tool. It is also intended to garner investor attention.

“HoneyQuote took months and months to complete, but that’s because we had to build everything from scratch,” Taveras said. “We’re so excited because now we’re left with proprietary technology that will truly change the game here.”

Co-founder Justin Zemaitis – who is also principal agent – said the first month in business has already shown demand in the market for what HoneyQuote can offer.

“We obviously always believed in our product, but we didn’t expect to be so busy so quickly. It’s just proof that this is the kind of experience consumers want and expect,” he said. “We’re excited to give them even more with real-time rating.”

HoneyQuote works after a user enters the address of the home they wish to insure. They are then prompted to upload a photo of their existing insurance policy. This information is then applied it to different insurers’ pricing. Multiple quotes are then determined, along with the details of the potential policies.