Potential tropical cyclone near Florida gets upgraded to 40%

The National Hurricane Center has increased the chances of a tropical cyclone forming in the Gulf of Mexico later this week to 40 percent. 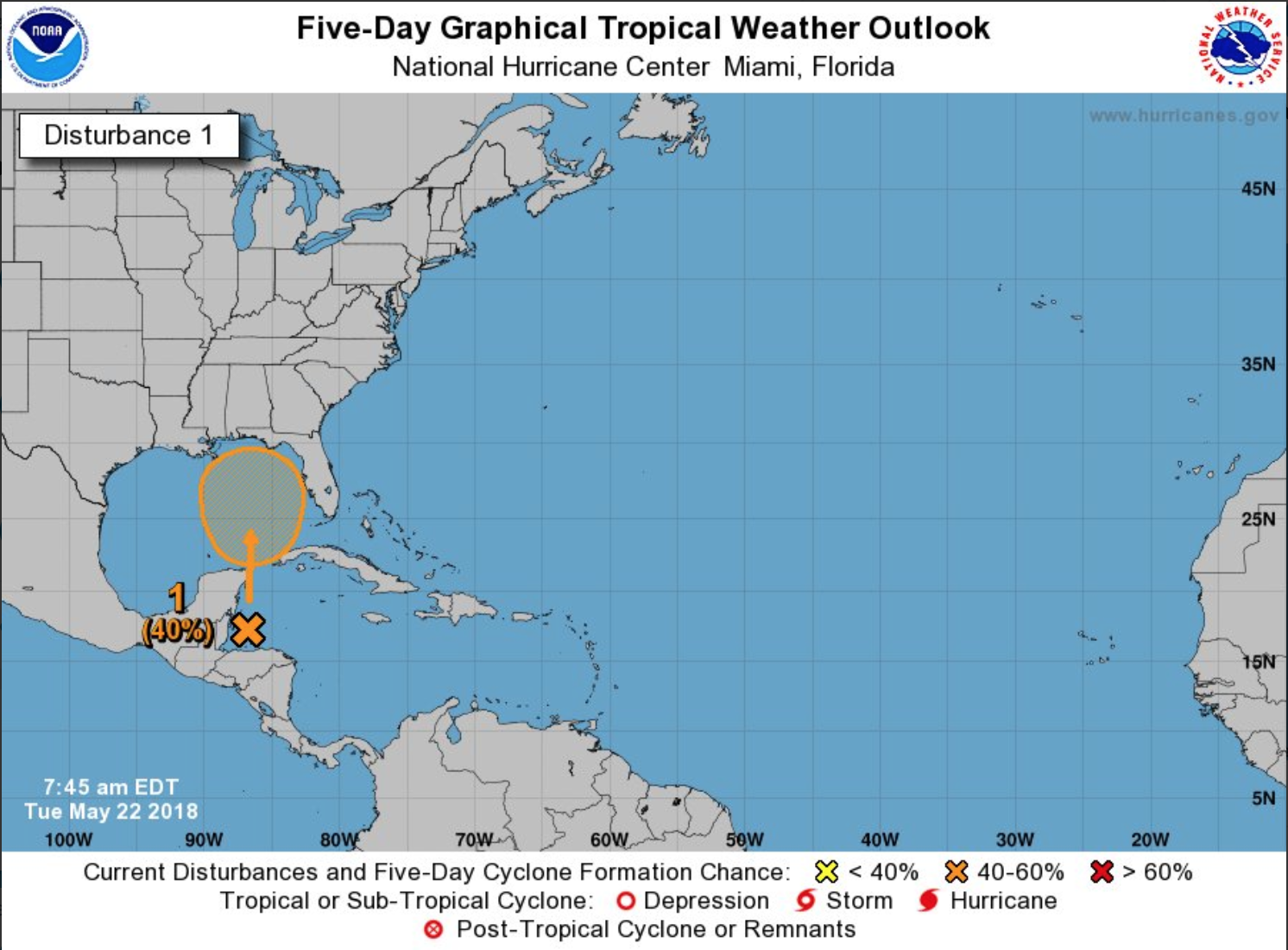 The National Hurricane Center has increased the chances of a tropical cyclone forming in the Gulf of Mexico later this week to 40 percent.

According to this morning’s notice, a broad surface low centered just east of Belize is producing a large area of cloudiness and showers that extend from the northwestern Caribbean Sea across Cuba into Florida.

“While strong upper-level winds and dry air aloft are expected to limit organization during the next couple of days, some gradual subtropical or tropical development is possible late this week while the system moves slowly northward into the central or eastern Gulf of Mexico,” the notice states.

“Regardless of development, locally heavy rainfall is possible across western Cuba, the Cayman Islands and much of Florida during the next several days.”