A tropical disturbance just east of Florida has a 50 percent chance of forming into a storm over the next five days, according to the National Hurricane Center. 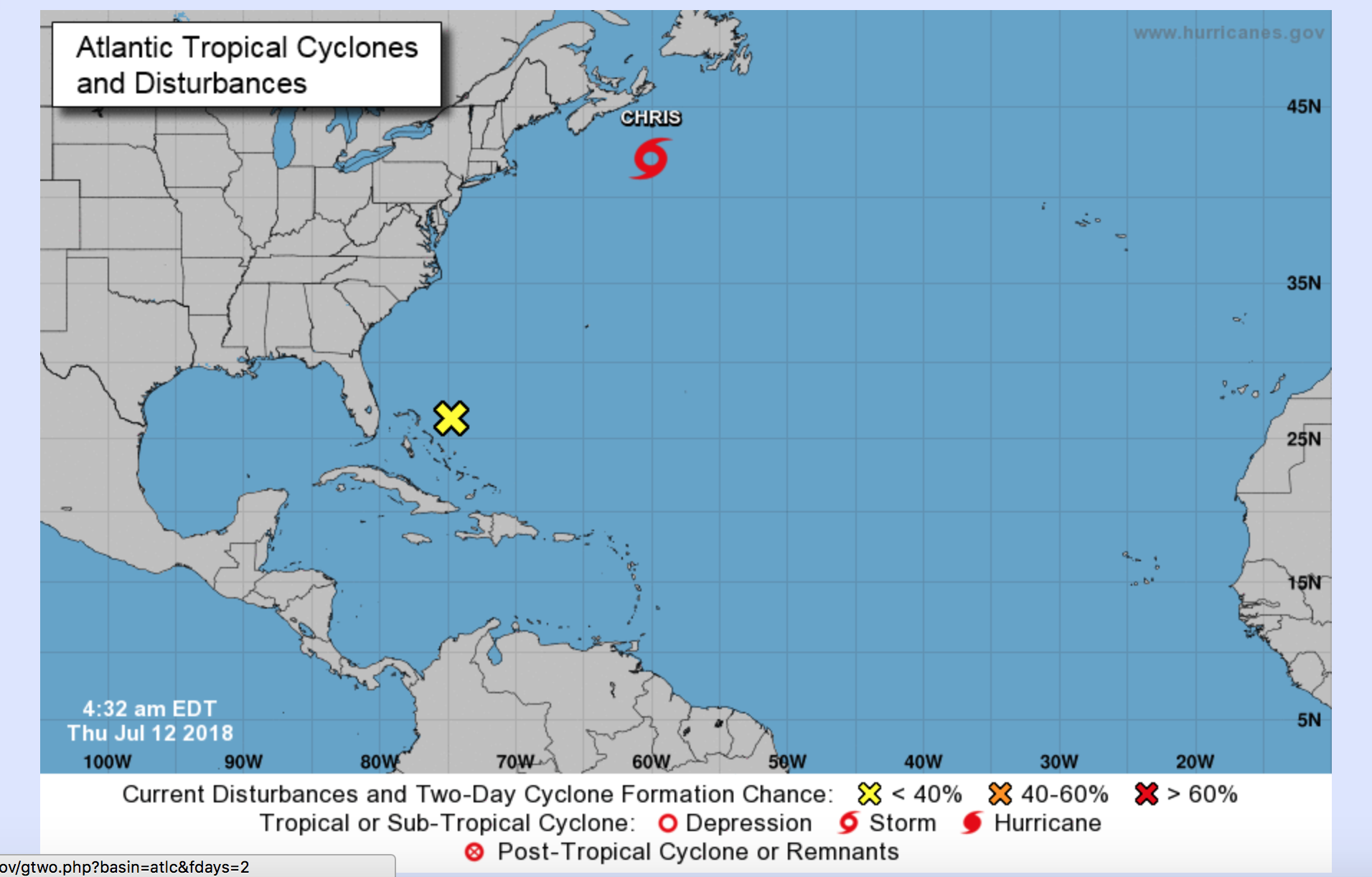 A tropical disturbance just east of Florida has a 50 percent chance of forming into a storm over the next five days, according to the National Hurricane Center.

In a statement, the NHC said the disturbance is made up of the remnants of Tropical Storm Beryl, which was once a hurricane and fell apart on Sunday as it moved through the Carribean. It has a chance of renewing as it moves through the western Atlantic Ocean.

“There are no signs of a surface circulation, and surface pressures are not falling at this time,” the statement said. “Little or no development is expected today, but conditions could become a little more favorable later in the week and over the weekend while the disturbance moves slowly northward and northeastward over the western Atlantic.”

However, increasingly unfavorable conditions had caused a rapid deterioration of the hurricane just after its peak. The NHC will be keeping an eye on its remnants.

Last month, researchers updated their 2018 forecast to now call for a near-average season with at least two major hurricanes and a 51 percent chance of landfall on the U.S. coastline. Still, coastal residents are urged to prepare the same for every season, regardless of how much activity is predicted.